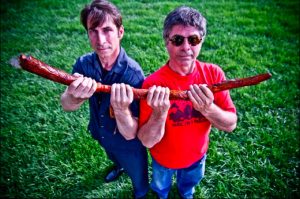 The Blessing: Blue Buffalo Mountain. The filmmakers begin their quest by participating in Native American ceremony guided by Medicine Healer LaKota OneHeart in order to give focus and direction to their intended journey of discovery. LaKota’s life is devoted in service of White Buffalo Calf Woman, who, according to LaKota, is not just the past, but also the present and the future. Unscripted, what each will find as they travel within is spontaneous and unplanned.

Charlotte Lott (Cherokee) / Three Circle Dance. Three Circle Dance is an ancient healing ceremony intended to heal and clear illness and negative energies on all levels of the body. The Dance is revealed at the mid and end points of the 52,000-year cycle (the Mayan Long Count Calendar) when major earth changes occur.

Robert and Julia Roskind. Co-Founders of the “One Love Movement”, which has, to date, organized and hosted over 150 free One Love Events, many featuring conscious recording artists, at schools, prisons, Native American reservations and public venues in Jamaica and the U.S. Authors of numerous books including The Beauty Path and 2012 The Transformation that carry a message of unconditional love for all from Hopi, Havasupai, Mayan, and Rastafarian elders.

Nanette Crist is a high-level intuitive and world-renowned artist. In mentoring the project, she offers guidance and direction to the filmmakers.

The White Buffalo. Miracle, who was born and lived on the farm of Dave and Valerie Heider in Janesville, Wisconsin. Many Native Americans of various Nations saw this as the fulfillment of an ancient Lakota prophecy. Pure white at birth, Miracle, in accordance with the prophecy, changed color four times, signifying the unity of the races and the coming together of humanity into oneness of heart, mind, and spirit. Astoundingly, a second and then a third white buffalo were subsequently born on the Heider farm. 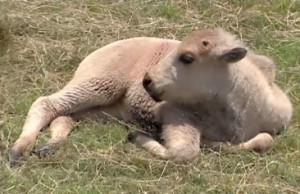 Lakota Ranch in Hunt County. Odds are one in 10 million that a white buffalo will ever enter this world. What are the chances it would happen in North Texas on a Native American-owned ranch that has a symbolic white buffalo sculpture at the entrance gate? Lightning Medicine Cloud, a White Buffalo was born in May 2011 on the Lakota Ranch of Arby and Patricia Little Soldier. Arby Little Soldier, who is part Mandan, part Lakota, is a great-grandson of Sitting Bull.

Miguel Sague, Taino Elder and Day Keeper of the Mayan Calendar & Antonio Telesforo, Mayan Messenger. Far-ranging interview exploring the Mayan calendar, its cycles, and the prophecies related to 2012. Concluding with a traditional Mayan fire ceremony at a former U.S. military surface-to-air missile base – now converted into the Council of Three Rivers American Indian Center. Miguel and Antonio direct the brothers to a dramatic chance encounter with a Sacred White Buffalo named Lightning, living at a sanctuary established at a 5 Diamond Resort just southeast of Pittsburgh.

Lightning (Encounter with a Sacred White Buffalo) & Thunder, his consort. Nemacolin Woodlands Resort, Farmington, Pennsylvania. Meeting the gaze, and looking into the dark eyes of these beautiful beings was moving and inspirational.

Hawk (Shawnee Keeper of the White Buffalo Lightning & his consort, Thunder). Straight-talking, and occasionally hilarious impromptu interview with Hawk, over coffee, cookies and a most sacred gift.

Toltec and Mayan Elders. Millennia-old prophecies, which speak of the culmination in December 2012 of a 26,000-year-long cosmic cycle, foretold the coming of the conquerors from across the ocean. Holy centers – colossal pyramids and monoliths similar strikingly similar those of Egypt – were ‘deactivated’ lest their power be misused by the spiritually immature. For the past decade, Toltec and Mayan Elders have been re-consecrating these power sites, drawing hundreds of thousands of pilgrims from every part of the globe to places such as Chichén Itzá, Tikal, Palenque, and Uxmal. The filmmakers consult with Tlakaelel, Tolteka-Mexica Elder. 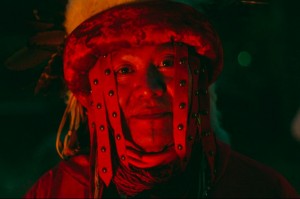 The Hopi and the Zuñi are the oldest peoples in North America – traditions say the Hopi are the first people created; the Zuñi are their ‘younger brother’. Hopi rock carvings, dating back centuries, speak of the “tall house of glass” on the shores of the great eastern sea (believed by contemporary Hopi elders to be the United Nations building in New York City), and the time when the “Red Hat brothers” from the land beyond the setting sun would arrive to parley (representatives of the Red Hat sect of Tibetan Buddhism first met with Hopi elders in the 1970s). The Hopis have been instructed to tell the other inhabitants of this continent of the coming Great Day of Purification for the re-balancing of Mother Earth.

Rohanna Jackson, Hopi Sand Clan Mother. Made ceremony for us, and all humanity. Speaks about the traditions of her people and brings us to Hopi Elder Grandfather Martin Gashweseoma for blessing.

Clifford Mahooty. Zuñi Elder and former Senior Engineer with U.S. Government. Discusses ancient prophecies of the Zuñi People, the Star Nations, and the Days of Purification leading to the Fifth World.

Medicine Wheel Lodge. Wolf sanctuary and healing center outside of Sedona. Gentle and loving, the wolves are leaders, teachers, and protectors. Healingwolf, caretaker of the land, blesses the brothers with wolf medicine, which brings us together as family, and teaches respect for all animals and creations, respect for ourselves, one another, Mother Earth and all elements.

Uqualla. Havasupi Spiritual Teacher conducts a Fire Ceremony and speaks to the filmmakers about the need for each individual to embark on their own spiritual journey for the mending of the Sacred Hoop.

Gary FourStar, Assinaboin Elder, tells the filmmakers about the origin of his people in the fourth star of the Pleiades and conducts a ’40-stone’ Sweat Lodge to purify the intentions of the project. The Animal Spirit Dance is a ceremony that at one time was practiced by many tribes throughout North America. The ceremony was resuscitated in modern times by Gary FourStar as a direct result of a vision granted him during a Sun Dance. It is intended to awaken those that have lost their connection to the Creator and with life, and is a ceremony of thanks-giving, celebration of life, remembering ourselves as human beings, interdependent with the natural and spirit world for life.

Patricia Diane Cota-Robles is cofounder and president of the nonprofit, educational organization New Age Study of Humanity’s Purpose, Inc., which sponsors the Annual World Congress On Illumination. An internationally known author, teacher and lecturer, Patricia shares with the filmmakers the information she is receiving from the Beings of Light in the Realms of Illumined Truth. The Divine Intent of these Celestial Sharings is to give Humanity greater clarity and understanding, as we progress through these wondrous but extremely challenging times on Earth.

Christopher O’Brien. Paranormal investigator, author and reporter. He has documented what may have been the most intense wave of unexplained activity ever seen in a single region of North America. His meticulous field investigation of UFO reports, unexplained livestock deaths, Native American legends, cryptozoology, secret military activity and the folklore, found in the world’s largest alpine valley, has produced one of the largest databases of unusual occurrences gathered from a single geographic region.

Sakina BlueStar. Cherokee/Choctaw heritage. Speaks about prophecies and traditions received from her Elders and Teachers.

The Sedona Journey Retreat. Amidst the energy vortexes and ancient red rocks of Sedona, the brothers engage in a release of ancestral karma and a ritual of family healing conducted by Jonathan Tripodi, nationally-recognized teacher of Body-Memory Recall, an innovative mind-body therapy. Jonathan articulates the parallel between the healing of our bodies and emotions and the healing of Mother Earth.

Things aren’t always what they seem to be. At a wildlife park in Flagstaff, the filmmakers encounter four white ‘beefalo’ – animals that have been bred by man to present a facsimile of the genuine White Buffalo. (Note: the operators of the sanctuary do not present these animals as other than hybrids.) 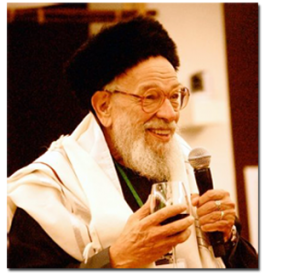 Rabbi Zalman Schachter-Shalomi. Founder of the Jewish Renewal, Reb Zalman, z”l, was, perhaps, the foremost spiritual leader in Judaism who has engaged in dialogue with Native American Elders. He has been consulted by the Dalai Lama. Lends Western religious counterpoint to Native prophecies.

Jonathan Goldman. Musician/Author/Teacher. Internationally recognized author of “Healing Sounds” and “The Divine Name”, Director of the Sound Healers Association speaks to the brothers about Holy Sound and the use of the Ancient Divine Name of God for personal transformation.

Medicine Wheel. Thousands of people gather in Olympia, Washington from all corners of the globe, creating sacred tones and vibrations to re-harmonize the web of life and to help restore harmony within Mother Earth. Ceremonies, songs, and dances to accomplish major healings of the elements – Water, Fire, Wind –and repair the energy grids, helping to curb and soften tornadoes, floods, droughts and earthquakes within this huge medicine circle. Organized by BlueThunder and Kristine Soliday following the wisdom of the Indigenous Nations for peace, love and harmony.

Suzy Ward Interview. Through soul-level agreement, Matthew Ward, who died in 1980, and his mother Suzanne have produced books on spirituality and metaphysics, describing in detail the soul’s transition from Earth to Heaven, Earth changes, the role of extraterrestrials in our planet’s healing and ascension, and information on the real significance of 2012 and White Buffalo.

David Childerley, EFT Master Instructor & Michelle Childerley, Animal Communicator. David teaches Emotional Freedom Technique (EFT), and is an outstanding observer and commentator on the Shift into the New Reality. Michelle tuned into the Collective Group Consciousness of the White Buffalos coming into physical reality at this time.

Michael Winn. Director of Healing Tao USA; internationally-known teacher speaks about the Chinese Taoist perspective on 2012 and the consciousness shift of Mother Earth.