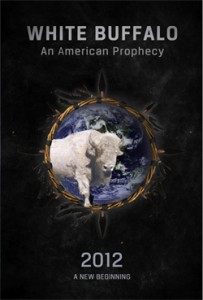 Ancient prophecies pinpoint this era as the time for a convergence of worlds and a new beginning for mankind. Four brothers embark on a personal quest for understanding, in pursuit of the meaning of the sacred White Buffalo. Theirs is a spiritual odyssey to discover the sacred wisdom of Turtle Island, and its portents for America today.

A rare and profound galactic alignment - a 26,000-year convergence of earth and solar system with the Milky Way center - occurs early in the 21st century. Eerily, the ancient Maya boldly prophesied the years after 2012 to be the fulcrum of the cosmological synchronization. They foresaw world-shaking changes in the social and physical aspects of the planet, including increased earthquake activity and volcanic eruptions, gigantic windstorms, and rising sea levels, heralding a time in which the old civilization would pass away with a new one arising from its ashes.

In fact, indigenous people all over the globe have now come forward to report their age-old traditions which foretold of the changes that are already upon us as Mother Earth awakens. Native voices charge humanity to rise to a heightened level of respect and sensitivity to Nature, to embrace a co-creative partnership between humans and higher forces. Suddenly, an unprecedented flood of new information and energy is emerging about an age in which society disintegrates and a new global culture is born.

Hopi Indian rock carvings, dating back centuries, speak of the "tall house of glass” on the shores of the great eastern sea (believed by contemporary Hopi elders to be the United Nations building in New York City), and of the time when "a gourd of ashes would fall twice on the land of the rising sun” (the atomic bombings of Hiroshima and Nagasaki).

While the prophecies concur that dramatic geological and climatic adjustments are indeed taking place, they also point to this period in history as a crucial juncture in man's spiritual development. Once secret and guarded medicine from cultures and traditions older and wiser than our own is now brought forth to heal the planet. Spiritual traditions and leaders from many lands and cultures agree that Mother Earth is in the midst of a momentous evolution in consciousness. A rapidly approaching convergence of dimensions opens a door into the heart of space and time, leading to humanity¹s collective unfolding as a species. 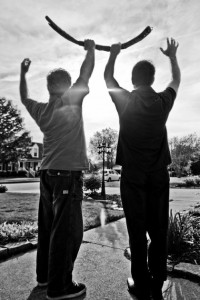 A rapidly approaching convergence of dimensions opens a door into the heart of space and time, leading to humanity’s collective unfolding as a species.


The traditions of the Lakota, Cheyenne, and other Plains Nations speak about a holy feminine archetype: centuries ago, White Buffalo Calf Woman came to present precious cultural and spiritual gifts, promising to return at the end of an era during a great time of planetary transformation. Many Native Americans of various Nations believe the prophecy was fulfilled when, in August 1994, a white buffalo calf, a female named Miracle, was born on a farm in the Midwest. Against astronomical odds, a second and then a third white buffalo calf was later born on the same farm. Miracle changed color four times, signifying to those knowledgeable about Lakota prophecy the unity of the races and the coming together of humanity into oneness of heart, mind, and spirit.

In WHITE BUFFALO: An American Prophecy, four Jewish brothers embark on a quest to understand the meaning of the White Buffalo. Along the way, they are guided at crucial junctures by Sun-Moon Dancer and Medicine Wheel healer, LaKota OneHeart. They journey to the Wisconsin farm where over 100,000 pilgrims have come to visit the actual White Buffalo calf and her successor. From the pyramids and sacred energy centers of the Yucatan, they are initiated into the ancient indigenous wisdom by Tlakaelel, Tolteka-Mexica Elder from Teotihuacan, Mexico. They travel to Hopiland in the American Southwest to meet with Hopi and Zuñi elders, including Grandfather Martin Gashweseoma and Sand Clan Mother, Rohanna Jackson. They consult with Rabbi Zalman Schachter-Shalomi, founder of the Jewish renewal movement, and with other spiritual elders of this continent. Theirs is a spiritual odyssey to discover the ancient sacred wisdom of Turtle Island, and its portents for America today.