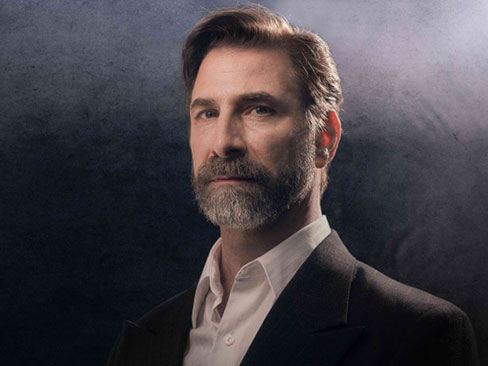 Ethan Marten is President and CEO of Light Age Films and co-Founder of Star Circle Pictures. Besides directing and producing WHITE BUFFALO: An American Prophecy, he produced the action-drama Eyes of the Roshi starring Eric Roberts and Grandmaster Adam Nguyen. Currently, Mr. Marten is developing the suspense drama, Lost April, and the vampire gothic, The Perfect Breed. He is a producer for Wave4M Studios and is involved in pre-production of the comedy The Reel Life.

Since 2009, Mr. Marten has produced and/or executive produced three television series (17 episodes), and six motion pictures, including the sci-fi thriller Atlantis Down. Mr. Marten was VP of Marketing for Atlantic Film Studios, Virginia’s first full-service motion Picture studio, and for Atlantic Entertainment Inc., distributor of such films as What Ever Happened To...? starring Lynn and Vanessa Redgrave, In The Deep Woods, starring Anthony Perkins, and Our Sons, starring Hugh Grant, Julie Andrews and Ann-Margret. Mr. Marten also served as Artistic Director of Norfolk’s acclaimed 2nd Story Theatre. As an actor, he has been featured as John Todd, Jr. in the PBS episode of Dolly Madison on The American Experience; John Taylor in First Landing for ABC Family; Irving Berlin in George Lucas’ Young Indiana Jones Chronicles for ABC Television; in Hollywood Pictures’ Eddie; and as The Hitman in Eyes of the Roshi. 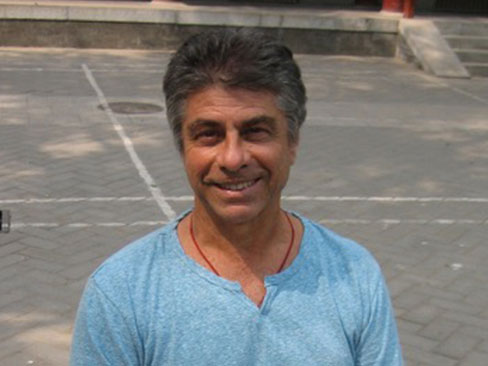 Mr. Marten, a native of New York City, is a graduate of Vassar College and Benjamin Cardozo School of Law. He practiced law from 1980 through 1984, specializing in the fields of entertainment and general corporate law, representing such producers & directors as Edwards Pressman, Gordon Hessler, James Toback, and Igo Kantor. He has handled the acquisition of motion picture and allied rights to literary properties, contracting of talent, arranged distribution in the theatrical, television, and video media in the United States and overseas, assisted in securing bank and investor financing for motion picture and television projects, and participated in the formulation of co-production agreements. In 1985, Mr. Marten oversaw the establishment of Atlantic Film Studios, Virginia’s first motion picture production facility, officially inaugurated in 1989 by the Hon. Gerald Baliles, Governor of the Commonwealth of Virginia. He also served as President of the Atlantic Entertainment Group, a motion picture production and distribution company.

Mr. Marten was a founder of Norfolk’s 2nd Story Theatre and of Star Circle Pictures where he produced the award-winning short film Samaritan and the feature Player’s Joy.

He is the author of two original screenplays, WHITE BUFFALO: An American Prophecy and General Two-Gun. 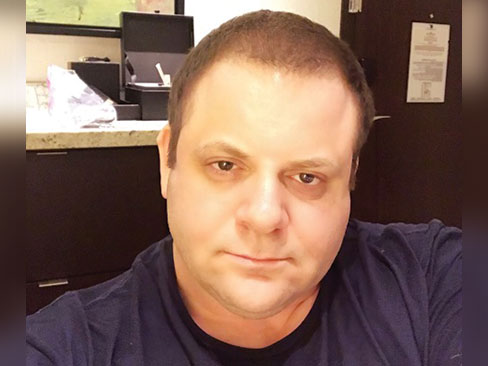 Joshua Levy was born in Los Angeles, California. Dr. Levy received his undergraduate and Masters degrees from the University of Oregon and his doctorate with honors from the California Institute of Technology. In addition to his scientific background, Dr. Levy has been active in finance, with particular emphasis in the areas of communications and entertainment. During the course of his career, Dr. Levy has formed close relationships with executives at the highest level of international financial institutions, including Citibank and Salomon Smith Barney, as well as numerous major communications and entertainment organizations. Dr. Levy resided in Beijing for several years and is responsible for developing relationships within the Chinese entertainment industry and with ministries of the Central Government of China for co-production. 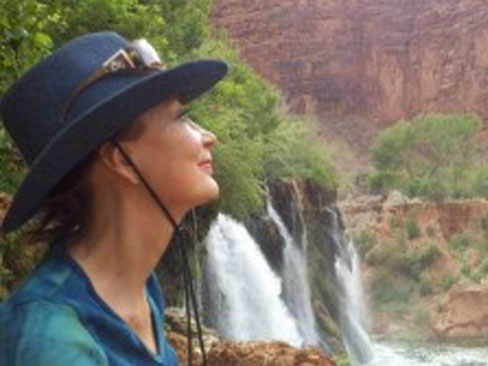 World-renowned artist, Nanette Crist, was formerly Film Commissioner for the State of Delaware. Ms. Crist’s works of sacred art reside in the collections of such notables as the late Bob Hope, the late Burl Ives, former Attorney General Edwin Meese, and the DuPont family. In her capacity as intuitive consultant, Ms. Crist has counseled political leaders and the heads of major spiritual organizations. A former Miss Delaware, U.S.A., she served as legislative aide to the Delaware Senate, campaign manager, and advisor to U.S. Congressman and Senators, including Vice President Joseph Biden. Ms. Crist was, emcee of the cable television show “Ecumenical Corner”. Holding a Doctorate in Metaphysics, Ms. Crist lectures on such diverse subjects as color therapy, the afterlife, prophecy, mystical cabala, holistic health, biblical studies, religious freedom, and political activism. 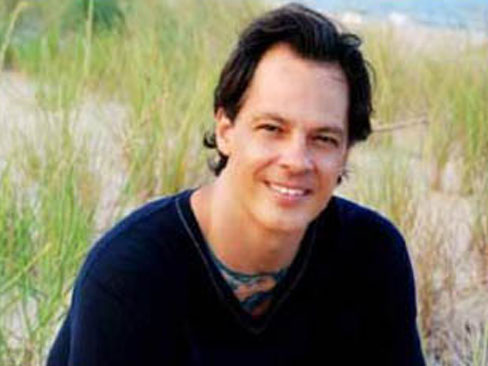 For almost two decades Jonathan has explored body memory and its relationship to chronic pain, stress, illness and behavior. He has developed and refined his Body Memory Recall – BMR – approach into an innovative mind-body therapy that has supported thousands of individuals to experience renewed states of health, vitality, and function. His approach to therapeutic bodywork supports our innate ability to recall, release and integrate suppressed stress from past experiences and in doing so, enables the body to resolve pain and stress conditions while providing individuals with extraordinary opportunities to overcome the limitations of past programming. Currently, Jonathan devotes his time and energy entirely to educating the public and healthcare professionals about the body memory phenomenon and his unique treatment approach. He teaches the BMR approach nationwide and is the author of Freedom from Body Memory – Awaken the Courage to Let Go of the Past & Live Creatively. 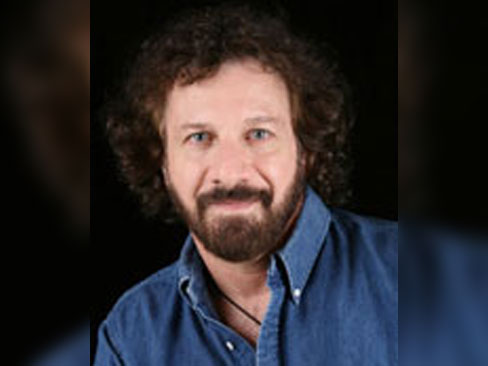 Over the past 30 years, Jonathan Marten has worked in almost every facet of the film industry, both in front of, and behind the camera, as well as in theatre and television. As Vice-President and Creative Director of Parliament Intl. Corp., he was instrumental in developing the project that became Atlantic Film Studios, the first full-service motion picture facility in the Commonwealth of Virginia. As Vice-President of Atlantic Entertainment, he was instrumental in the distribution of such films as What Ever Happened To…? starring Lynn and Vanessa Redgrave, In The Deep Woods, starring Anthony Perkins, and Our Sons, starring Hugh Grant, Julie Andrews and Ann-Margret. As stage director, Mr. Marten has more then 50 productions to his directorial credit, including productions of Standing On My Knees, the East Coast premiere of Supernormal Clutches, Social Securty, Tomfoolery, Blood Ties, Manly Men: An Evening Chock Full of Lies and Testosterone (which he also starred in for the NYC run of the production), Supernormal Clutches and the world premieres of Player’s Joy, which he also restaged for the film version, and the NYC production of Euphoric Tendencies. As an actor, his stage credits include the roles of Lenny Bruce, in Lenny; Arnold Epstein in Neil Simon’s Biloxi Blues; Mozart in Amadeus; Nick Bottom in A Midsummer Night’s Dream; and his award-winning role as Roy Cohn in Angels In America: Millenium Approaches. His TV/Film credits include Spin City, In The Balance, Eddie, Celebrity, Stepmom, and a recurring role on The Edge of Night. Mr. Marten is co-author of a screenplay, The Reel Life, a satire of the film industry, now being developed by Soular Films. 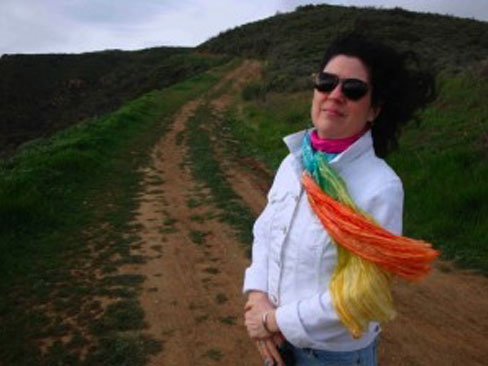